Today’s target was created for the Hackfest 2016 CTF. The goal is to become root and get a flag on the machine.

On the web server there are some pictures with planets and the message “Hack The Planet”. But there are entries in robots.txt:

No directory called hackers but there is a Wordpress blog :p 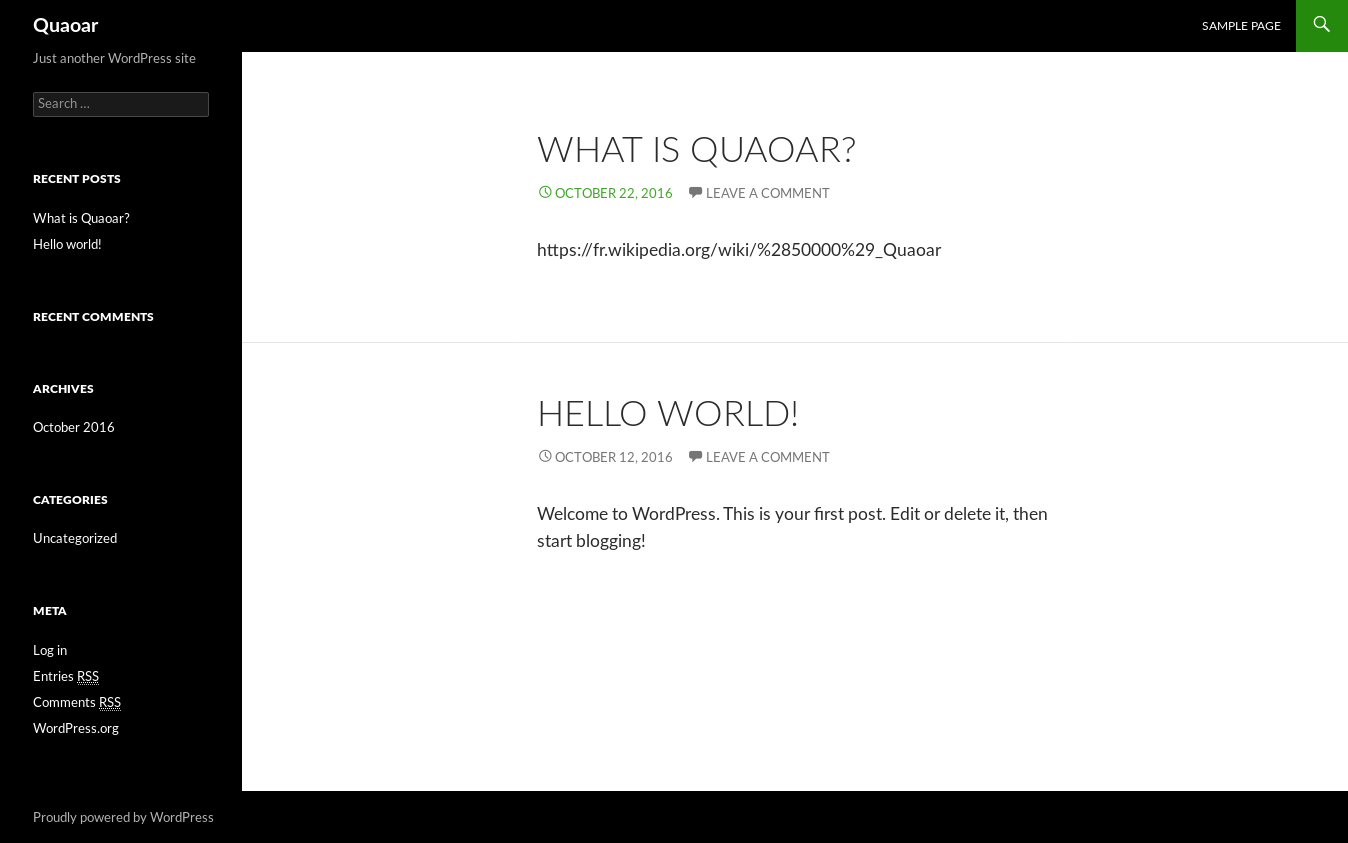 Naturally, I ran Wpscan, and it found 2 usernames:

A prelimiary check for default credentials actually revealed the password for the admin user is..you will never guess it..admin! For receiving a shell, I wanted to try a new tool: WPForce!

WPForce is a suite of Wordpress Attack tools. Currently this contains 2 scripts – WPForce, which brute forces logins via the API, and Yertle, which uploads shells once admin credentials have been found. Yertle also contains a number of post exploitation modules.

I used the yertle.py script to upload a backdoor:

Time to snoop around! I was able to read /var/www/wordpress/wp-config.php and inside found credentials for the SQL database:

I also found a flag inside wpadmin’s home directory:

I found the shell I had pretty restrictive so I used Yertle to get a reverse shell that I could upgrade:

And on my listener side:

I used Python to spawn a TTY and then I tried the root credentials for a pleasant surprise. They are the actual credentials of the root user!

And that was it for this challenge!