Back to looking through VulnHub’s selection of virtual machines, I got hooked by the name of this one. The author intended for this machine to be similar in difficulty to those in the OSCP lab, so it’s definitely good training if you’re preparing to jump into the fray!

I also ran a UDP scan, but got nothing. I proceeded to google the SSH version, and got a hit quite fast. It appears that this OpenSSH version is vulnerable to CVE-2016-6210, which allows users to be enumerated.

Luckily for us, there is an exploit available.

So you have to give the script a username or a list of users to enumerate. Well, we already know one user! If you glanced at the LordOfTheRoot VM after it booted, you probably noticed good old smeagol: 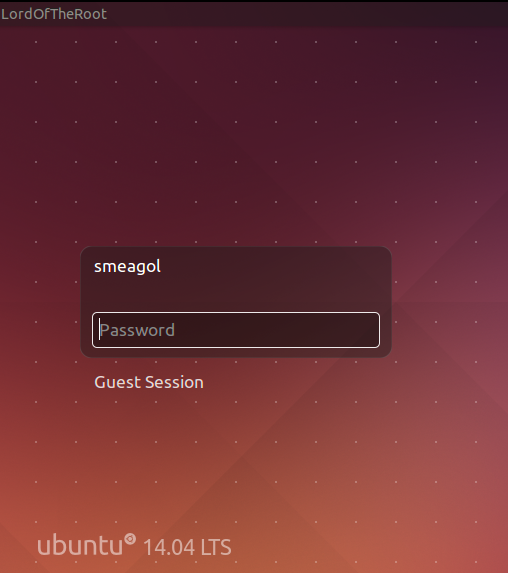 Ran the script with the smeagol username:

We know there is a smeagol user on the box, but couldn’t find any other exploit that might help in this situation. So I just tried SSH’ing into the box to see what happens:

Woot, a banner with a hint! The knock part might reference port knocking, as I’ve seen that in some previous challenges. And the ports seem to be mentioned already! I used Nmap to knock on ports 1,2 and 3:

The -r option was necessary to scan the ports in consecutive order. After knocking, I ran the full Nmap scan again, and a web server now awaited me:

I checked it out in the browser, and found this image: 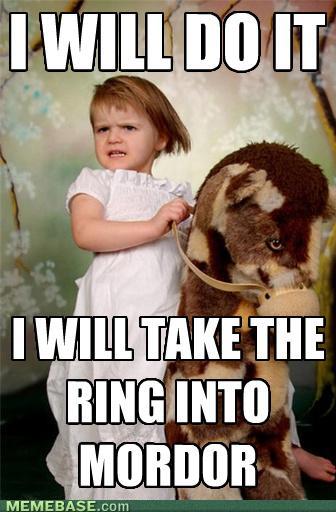 Ran exiftool and strings on the picture, didn’t find anything. Next I went to the /images directory where the image was served from, and found 2 more. Downloaded them and put them through exiftool and strings, still no results. In the meantime, I had also fired up a directory bruteforce on the server, but that didn’t get me anywhere either. So the next thing I tried was to see if there is a directory called smeagol on the web server. There wasn’t, but I was presented this picture, one of the 3 images found: 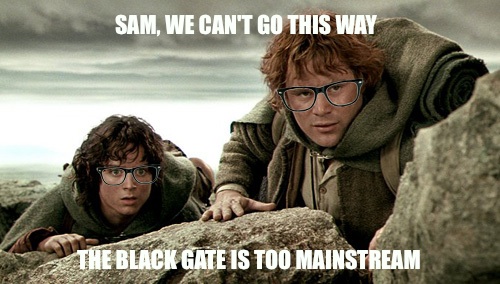 Further testing confirmed that this image acted as a 404 page. But when I looked at the source, I found a suspicious string in a comment:

I put the string into a multipurpose online decoder and got a base64 string out of it: Lzk3ODM0NTIxMC9pbmRleC5waHA=. Decoding it revealed a directory on the web server: /978345210/index.php. Going there, I found a login page!

Time for sqlmap! I had to play with it and tweak quite a bit, the default levels didn’t report any injection vulnerability, and the scan took so long, I had to break the enumeration into manageable pieces:

First, I queried for the current DB in use. I also turned on all the optimizaton switches, raised testing levels, and started with the username parameter. And luckily, it was vulnerable:

Next, I dumped the discovered database:

Now that I had usernames and passwords, it was time to test them on SSH! I started with smeagol, because it looked slightly different than the others :–) And I got in:

So, especially for older machines, one of the first things I do is check the kernel version. Googling it actually yielded a privilege escalation exploit right away. I decided to save this approach for last, because the exploit wasn’t known at the time of the VM release. Instead, I proceeded to some more conventional enumeration.

I downloaded my linux_privcheck tool with wget https://raw.githubusercontent.com/chousensha/linux_privcheck/master/privinfo.py and ran it on the machine while I ate a lasagna. Then I combed through the output (note to self: I have to revisit my script and make improvements to it, will get to it). The interesting tidbits that I observed were:

MySQL running as root! Definitely on to something there, as we could get root credentials from SQLi. The other thing I found were some setuid binaries in a suspicious folder:

The machine description on VulnHub stated that there are 2 methods for gaining privilege escalation..and here we are with 2 possible venues of attack! Let’s take them in order!

With MySQL running as root, we can use a UDF and a setuid binary to gain a root shell. At the core of this exploit is the fact that a User Defined Function can be evaluated as SQL code to run commands in the context of the MySQL process, which is root in this case. As I was reading through the article, it became clear that root credentials would be needed for the database server. So I went back to sqlmap, and this time added the switches —users and —passwords:

I used an online cracker for the root hash, and the cracked password was darkshadow. Then I connected to the MySQL database:

Next, I followed the steps of the infamoussyn article, which are really well explained. UDF files need to be locally compiled and installed on the server host, and a special directory is required for that..

The required directory is found at /usr/lib/mysql/plugin/. This is where we’ll put our UDF object files.

If you are lost in the myriad of GCC options from its manpage, there is a cool page offering options summary in a way that lets you jump to whatever interests you. Here, I compiled the C file without linking, and with debugging information. This produced an object file called raptor_udf2.o.

If you copy from the source code, you have to change the 1 in -W1 to a lowercase l, otherwise you get an error. Here’s a good resource to help you untangle the above command. Now you should also have in your directory a shared object called raptor_udf2.so.

Load your .so file:

Note that you can use \! to run commands from within the MySQL shell.

I used MySQL to compile it:

I looked inside /tmp for confirmation:

Lastly, I dropped to a shell with \! sh, and ran the newly created binary:

Inside root’s directory I also found source code for the binaries that will supply the second method of exploitation. And a Python script that moves them around, just like in the Tr0ll 2 challenge..

So, I previously looked at the source code of the binaries inside the SECRET folder, and I know one of them is vulnerable to buffer overflow. Need to find which one:

Let’s see each of them:

I went through them, and determined that the vulnerable binary is the one with size 5150.

I copied the binary to /tmp, so I could work on it without the interference of the moving script. Normally, it’s GDB time, but I want to expand my tools coverage, and I noticed in other writeups the mention of PEDA, or Python Exploit Development Assistance for GDB, which adds cool features and colorizes the display. So I figured I’d give it a try, and downloaded it to the target and installed it:

If you want to see what PEDA can do, run peda help to see all available commands:

It’s time to run the binary! With Peda, you can create patterns just like with the Metasploit utilities: 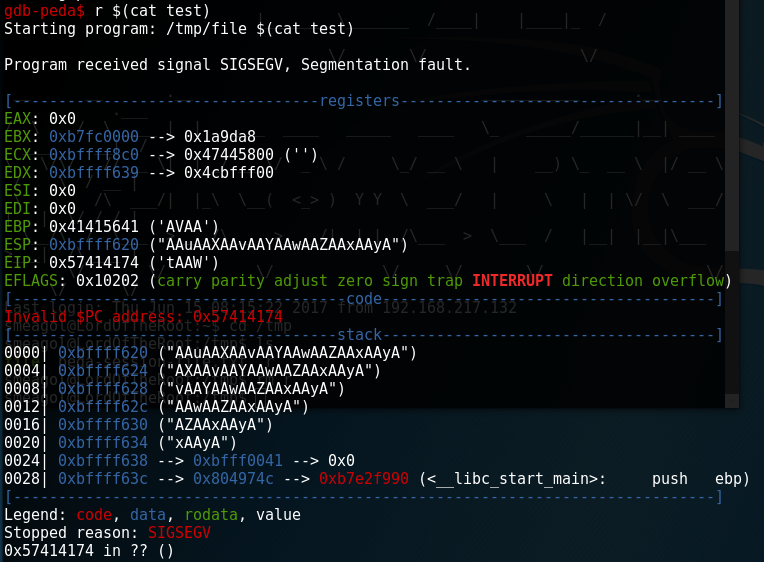 I wanted to show a screenshot instead of the code, so you can also see the colors that make the output much more readable. You can see that EIP has been overwritten with the value 0x57414174. I searched for it in the pattern:

The reported offset is 171. Verified it really quick:

Alright, now we need some shellcode. I decided to use Peda for all the exploitation phases, so I could showcase more of its functionality. First, I looked at the options:

Next I searched for some execve shellcode, and settled for the below:

Let’s see what I got here:

So ESP is located at 0xbffff640. Or so I thought..when I ran my payload, I got another segfault and the address of ESP was different. I didn’t expect something like ASLR to be enabled, but when I checked, it actually is:

I checked with ldd:

After some googling, I found a trick to disable ASLR. On a vulnerable 32 bit system, ASLR doesn’t always randomize the mmap base address when the stack size is set to unlimited. I verified that it works:

I tweaked the exploit again, but I still couldn’t hit on a valid ESP address. In the end, I used Peda to help me locate a jmp esp address:

Adjusted the exploit again, and it worked:

To gain root, we need to exploit the real suid binary:

Lastly, we’re back to the overlayfs exploit. It’s just a matter of download, compile, run:

We owned Mordor! This was such an interesting challenge, learned many new things! Thanks to KookSec for this!

Will leave you with this: 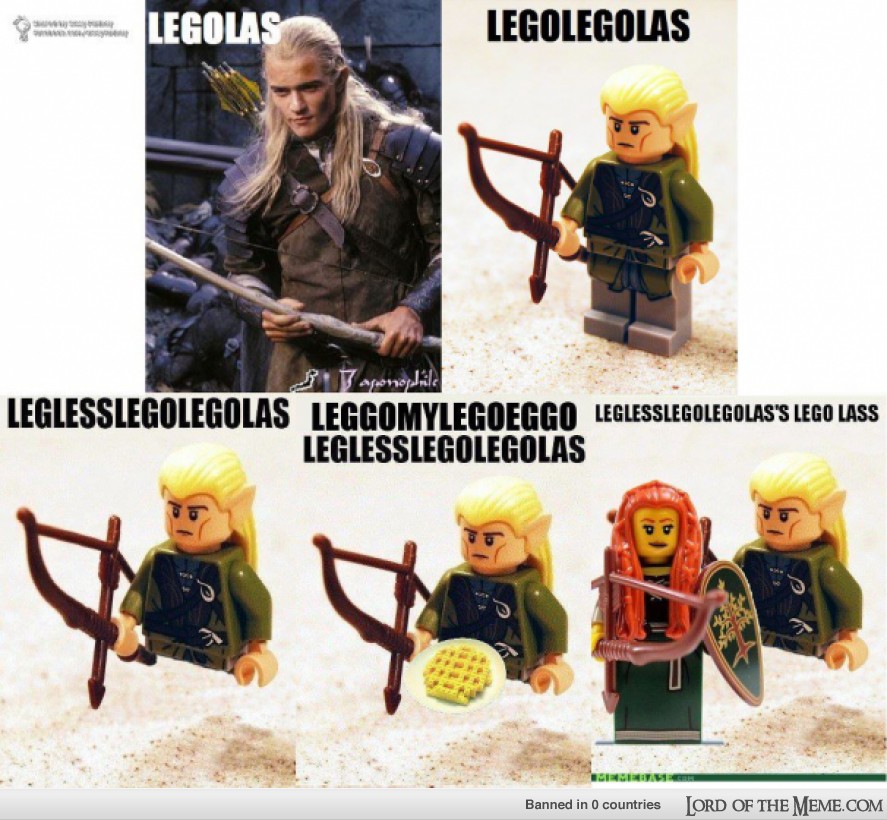