Today I’m back with another vulnerable machine from Vulnhub! It’s’ been a while since I’ve done one, and I was getting restless :D The target for today is called NullByte, and the goal is to read /root/proof.txt

I am going to use alternate tools to accomplish the enumeration tasks, instead of the usual Nmap ping scan. To identify the machine on the network, I’ll go with netdiscover this time: 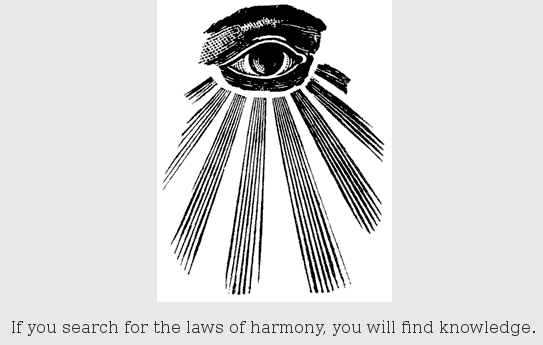 Just an image, nothing in the source, no robots.txt. I needed to see if there are any other interesting directories, but instead of Dirbuster, I used TheColonial’s Gobuster, which is a CLI tool written in Go:

Unfortunately, nothing in there either. The only thing that we have so far is an image. Let’s hope there is no (or very rudimentary) steganography involved. I looked at the metadata of the image:

Hello there, conspicuous comment section! On a hunch, I tried navigating to a folder with that name on the web server, and finally seeing something promising:

And in the source, there is a comment stating that “this form isn’t connected to mysql, password ain’t that complex”. Ok, so no SQLi then. I took the hint and set to brute forcing the password. I used Hydra for this, so I had to take note of the form parameters:

Also, trying the wrong key gives the message invalid key. Armed with this info, I constructed the Hydra query:

This looks ugly, so let me break it into pieces:

We can see that Hydra found the password: elite ! Inputting it takes us to another form:

Whatever I entered into the form, I got the message “Fetched data successfully”. I looked at the source code and found another page to check:

I pointed sqlmap to the usrtosearch parameter and was able to pull data from the DB:

Next I enumerated the users table in the seth DB, and I got a password for ramses:

I went back to that unconventional SSH port and tried to log in as ramses with the password: YzZkNmJkN2ViZjgwNmY0M2M3NmFjYzM2ODE3MDNiODE . When that didn’t work, I fed it to Google and the first MD5 decoder that popped decrypted it as omega

Time to look around the system!

Nothing interesting in those home directories. I looked at the kernel version next:

A bit of google-fu revealed that this kernel is vulnerable to CVE-2016-5195, or more popularly known as the Dirty Cow exploit . It is possible to exploit a race condition to escalate privileges to root! I downloaded the source code to the NullByte VM, commented out the x64 payload and uncommented the x86 one, and then I compiled it with gcc dirtycow.c -o dirtycow -pthread. I got some warnings, but was able to run it successfully:

The system crashed shortly afterwards, so I followed the advice in the exploit source code and did echo 0 > /proc/sys/vm/dirty_writeback_centisecs, and it didn’t crash anymore. With this, I was able to read the flag:

After completing this and looking at other walkthroughs to see alternate ways of exploitation, I realized that I completely missed the way this VM was supposed to be exploited, so below is the intended way of solving this:

Inside ramses’ home folder is a .bash_history file that I neglected reading:

An interesting path and binary. Let’s see it on the filesystem:

A SUID executable and a comment alluding to a mess..hmm, what could go wrong here..

This looks like the output of the ps command. Let’s see a normal ps:

I played around with the executable, tried passing arguments, but it looks like it just calls ps and nothing else. In the ps manual, I paid attention to this:

By default, ps selects all processes with the same effective user ID (euid=EUID) as the current user and associated with the same terminal as the invoker.

So, we can see the succession for a normal ps is bash –> ps, and for the SUID binary is procwatch –> sh –> ps. Maybe we can intercept the call to ps by creating an arbitrary binary called ps and placing it in the PATH variable. And of course, we want a shell!

Ok, since I’ve placed the fake ps in /tmp, I want to add that to the path: