Screenshot from the official site showing it in action: 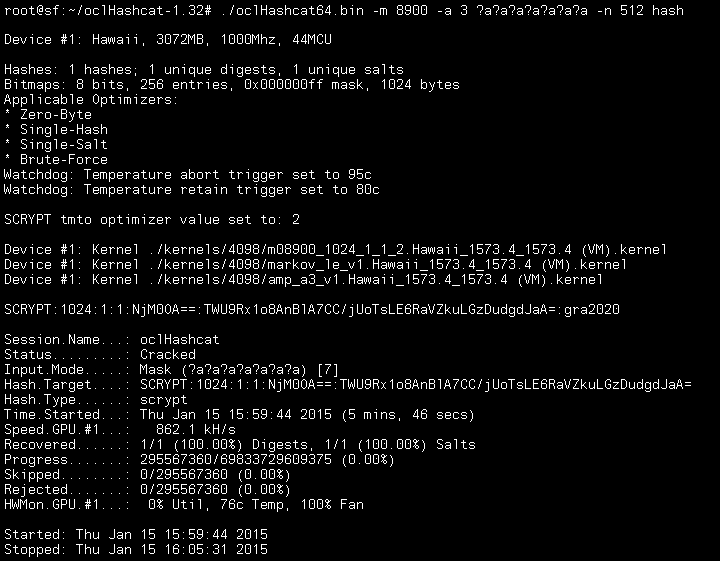 Pyrit exploits the computational power of many-core- and GPGPU-platforms to create massive databases, pre-computing part of the WPA/WPA2-PSK authentication phase in a space-time tradeoff. It is a powerful attack against one of the world’s most used security protocols.

chntpw is a utility to view some information and change user passwords in a Windows NT/2000 SAM userdatabase file, usually located at \WINDOWS\system32\config\SAM on the Windows file system. It is not necessary to know the old passwords to reset them. In addition it contains a simple registry editor (same size data writes) and hex-editor with which the information contained in a registry file can be browsed and modified. 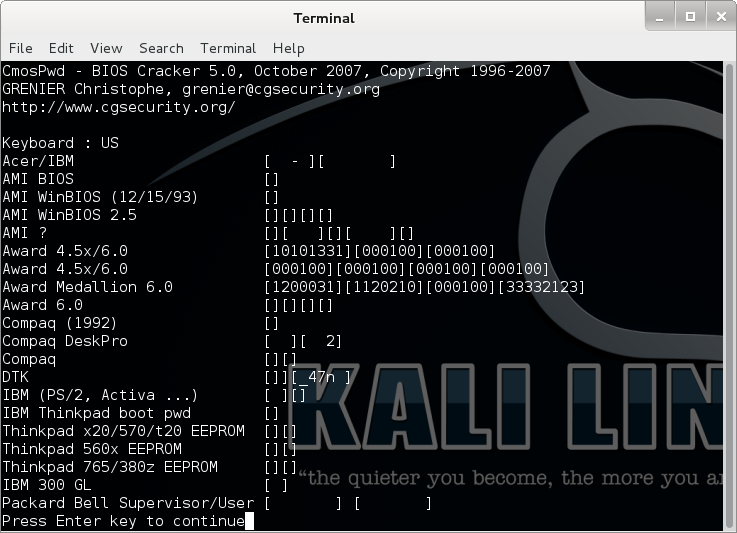 Generate wordlists from a character set

Searches each zipfile given for encrypted files and tries to guess the password. All files must be encrypted with the same password, the more files you provide, the better. 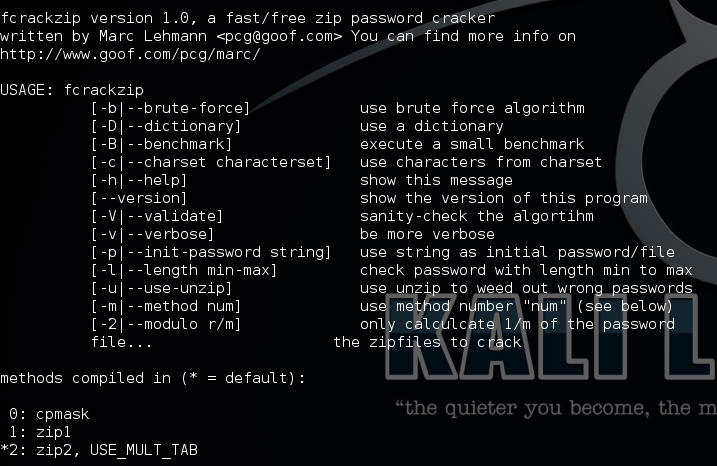 hashID is a tool written in Python 3.x which supports the identification of over 200 unique hash types using regular expressions.

John the Ripper is a tool to find weak passwords of users in a server. John can use a dictionary or some search pattern as well as a password file to check for passwords. John supports different cracking modes and understands many ciphertext formats, like several DES variants, MD5 and blowfish. It can also be used to extract AFS and Windows NT passwords.

GUI for the John the Ripper password cracking tool. 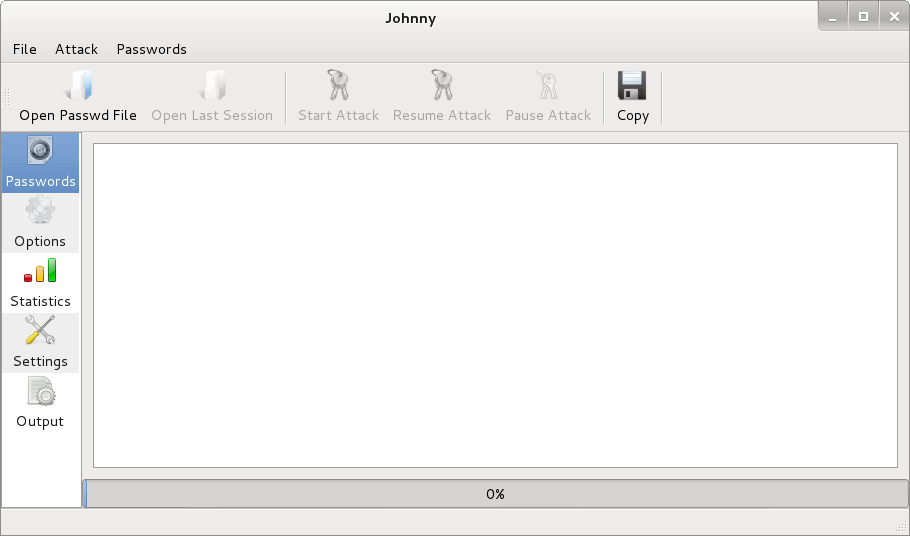 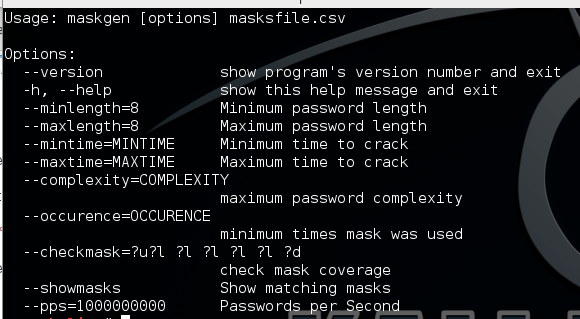 A CUDA & OpenCL accelerated rainbow table implementation from the ground up, and a CUDA hash brute forcing tool with support for many hash types including MD5, SHA1, LM, NTLM, and lots more. 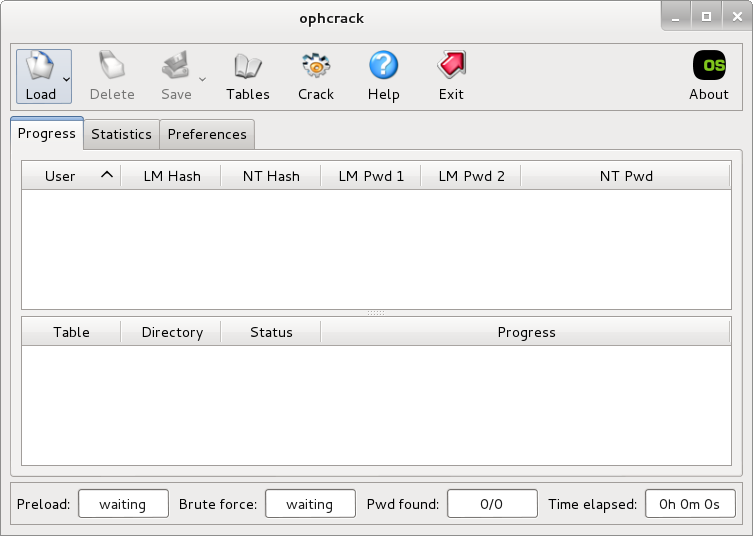 A modified version of rcrack which supports hybrid and indexed tables. In addition to that, it also adds multi-core support.

RSMangler will take a wordlist and perform various manipulations on it similar to those done by John the Ripper, the main difference being that it will first take the input words and generate all permutations and the acronym of the words (in the order they appear in the file) before it applies the rest of the mangles.

SIPcrack is a SIP login sniffer/cracker that contains 2 programs: sipdump to capture the digest authentication and sipcrack to bruteforce the hash using a wordlist or standard input.

sipcrack bruteforces the user’s password with the dump file generated by sipdump. If a password is found, the sniffed and cracked login will be updated in the dump file.

TrueCrack is a brute-force password cracker for TrueCrypt volumes. It works on Linux and it is optimized for Nvidia Cuda technology. It supports:

TrueCrack is able to perform a brute-force attack based on:

Dictionary: read the passwords from a file of words.

Alphabet: generate all passwords of given length from given alphabet.

TrueCrack works on gpu and cpu

CeWL is a ruby app which spiders a given url to a specified depth, optionally following external links, and returns a list of words which can then be used for password crackers such as John the Ripper. 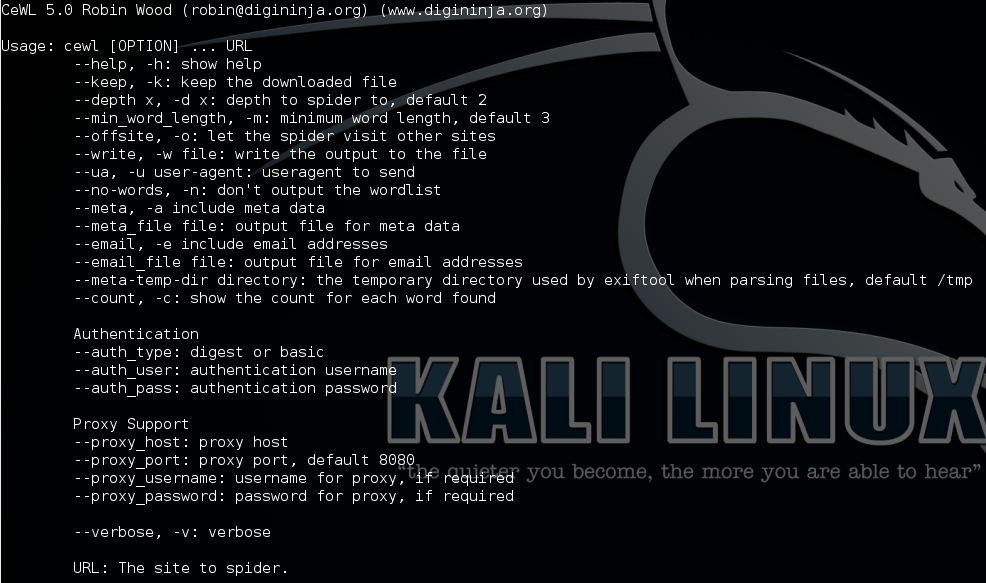 Hydra is a parallized login cracker which supports numerous protocols to attack. New modules are easy to add, beside that, it is flexible and very fast. 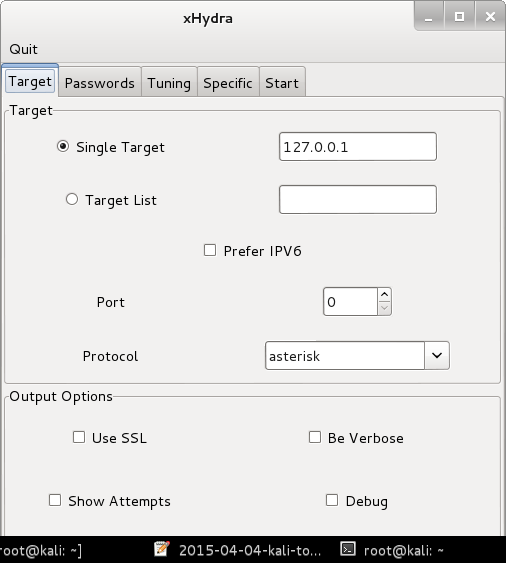 keimpx is an open source tool, released under a modified version of Apache License 1.1.

It can be used to quickly check for valid credentials across a network over SMB. Credentials can be:

If any valid credentials has been discovered across the network after its attack phase, the user is asked to choose which host to connect to and which valid credentials to use, then he will be prompted with an interactive SMB shell where the user can:

Medusa is intended to be a speedy, massively parallel, modular, login brute-forcer. The goal is to support as many services which allow remote authentication as possible. The author considers following items to some of the key features of this application:

Ncrack is an open source tool for network authentication cracking. It was designed for high-speed parallel cracking using a dynamic engine that can adapt to different network situations. Ncrack can also be extensively fine-tuned for special cases, though the default parameters are generic enough to cover almost every situation. It is built on a modular architecture that allows for easy extension to support additional protocols. Ncrack is designed for companies and security professionals to audit large networks for default or weak passwords in a rapid and reliable way. It can also be used to conduct fairly sophisticated and intensive brute force attacks against individual services.

The output from Ncrack is a list of found credentials, if any, for each of the targets specified. Ncrack can also print an interactive status report of progress so far and possibly additional debugging information that can help track problems, if the user selected that option.

A typical Ncrack scan is shown in Example 1. The only Ncrack arguments used in this example are the two target IP addresses along with the the corresponding ports for each of them. The two example ports 21 and 22 are automatically resolved to the default services listening on them: ftp and ssh.

A multi-purpose brute-forcer, with a modular design and a flexible usage.

phrasen|drescher (p|d) is a modular and multi processing pass phrase cracking tool. It comes with a number of plugins but a simple plugin API allows an easy development of new plugins. The main features of p|d are:

This is a collection of scripts for pass-the-hash scenarios

People are beginning to notice you. Try dressing before you leave the house.